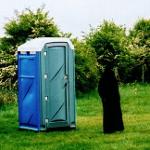 Number of OSGeo stack software written by C/C++ camp have to run on Microsoft Windows systems. I think I wouldn’t be dead wrong if said that most of hackers from OSGeo Community work on Unix systems (Linux, Mac OS X) but there is large number of users who work on Windows.

Conclusion? Portability. Google is bursting at the seams of the essays about how to write portable code in C or C++ language. I’d add a little poem to the collection.